For first time parents, weaning your baby off breast or formula milk to eating other foods might involve plenty of research and reading, especially with the recent trend of baby-led weaning versus the traditional weaning method. But weaning is an important milestone for children to go through.
So what’s the recommended way to go about introducing your baby to his or her first foods? Here’s a quick guide from Dr Dave Ong, our paediatrician from Kids Clinic @ Punggol:

1. At What Age Should I Start Weaning My Baby off Milk?

Parents can start weaning your babies after 4-6 months of age to satisfy the nutritional demands of your growing child. Delaying it can increase the risk of feeding difficulties in your child later on and also result in him or her receiving an inadequate amount of nutrition. On the other hand, babies should not be weaned any earlier than 4 months of age as their bodily systems e.g. kidney and digestive system are generally not fully developed to process the foods and convert them into nutrients.

While breast and/or formula milk alone is enough to meet the nutritional needs of your babies when they are 6 months or younger, some infants might need to kickstart the weaning process earlier either due to suboptimal growth or mineral deficiencies e.g. iron, which could have other implications. This will be done under the guidance of a paediatrician or dietician.

2. How to Tell if My Baby is Ready for His/Her First Foods?

Apart from age, take cues from your baby with regards to his/her readiness for baby’s first foods. Your baby might exhibit some of the following signs to indicate that he or she is ready to be weaned:

3. Baby-led Weaning (BLW) or Traditional Weaning – Which is Recommended?

a) What is BLW and Traditional Weaning?

Babies are traditionally first introduced to solid foods via spoon-feeding them specially-prepared thin purées. Later, following their age and developmental progress, the foods offered to them gradually shift towards family foods. This is known as traditional weaning.

Baby-led weaning (BLW) is an alternative method of baby feeding that promotes infant self-feeding from 6 months of age, which differs from traditional parent spoon-feeding.

Although BLW is not specifically mentioned in the World Health Organisation (WHO) recommendations, it is becoming more popular among parents. The key features of BLW are that:

b) How is BLW different from Traditional Weaning?

There is currently not enough research evidence to confirm that BLW is able to provide an infant with sufficient nutrition compared to traditional weaning 1.

Some studies had observed that some babies on BLW ended up taking more milk and less solid foods as compared to babies on traditional weaning, which could lead to a lack of nutrients e.g. iron, for the child. Other studies also indicated that some mothers prioritized ease of feeding over nutritional recommendations i.e. choosing foods that can make their baby happier and helps the baby to sleep, which could also result in inadequate nutrition for the child, and sometimes poses safety hazards e.g. choking.

While there is no conclusive evidence on BLW, here are some practical advice from our paediatrician for parents who would like to follow the BLW approach:

4. What are the Recommended Baby’s First Foods? 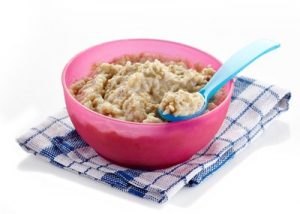 Iron-fortified cereal is a popular first weaning food item, which tends to be well-liked by many children, due to the great taste and the frequent addition of milk to it. In addition, it is rich in iron, just like spinach and red meat, which is very important for the cognitive and behavioural development of your child. Thus it is one of the important first weaning foods as well. Your infant can start off with having it once a day for a few days, before increasing to twice or even thrice a day.

The other very popular weaning food item is pureed pumpkin, which is naturally sweet and tasty. It is rich in beta-carotene and many other nutrients important for the growth and development of your child. 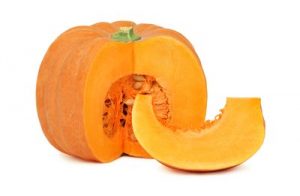 Other recommended first foods include pureed spinach (for its iron content and fibre to promote bowel movement), pureed carrots and papayas (both of which are rich in carotene and high in fibre), and pureed potatoes (it is a complex carbohydrate which can promote satiety yet not cause excessive spikes in sugar levels in your child).

All the above baby’s first foods should be boiled (ensure fully cooked) and then pureed to a consistency that is slightly thicker than milk. (*Tip: if the food keeps it shape on a spoon, it is not smooth enough for your baby’s consumption) In terms of seasoning, avoid any form of seasoning at the start.

Tip: When introducing a new food, always do it one at a time, keeping a gap of 3 – 4 days between. If any undesirable reactions to the food happen e.g. vomiting, diarrhea etc., note it down and check with your paediatrician before trying again.

5. How Much Milk does My Baby Need During Weaning?

The proportion of milk to solids will depend on your baby’s age and also his or her development pace. The consistency of the foods introduced will also change with time. Here is a simple guide by age:

To facilitate your meal planning, here is a sample menu based on age:

6. Can I Prepare My Baby’s Weaning Meals in Advance?

Busy parents might like to prepare their children’s meals in batches in advance so that they can be conveniently re-heated at mealtimes. However, some important food hygiene points should be noted to prevent incidences of food poisoning:

Our Paediatrician’s Tips to Make the Weaning Process Easier:

Feeding & Nutrition
Feeding: Fussy Eaters and How to Get Them to Eat 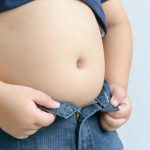 About Us
We believe that healthy children make happy parents. To achieve this, our 7 paediatricians work together with you to ensure your children receive the care they deserve. Our 7 Kids Clinic branches are conveniently located across the heartlands and central areas of Singapore.